The Ultimate Personality Conflict (and how to solve it)

How to Create Your Masterpiece

Is There an Introvert Advantage in the Digital Age?

What is Your Procrastination Style?

Memorial Day and the Psychology of Abraham Lincoln

Do You Ever Have Bad Days? Here's How to Get Out of It.

Why Some Children Struggle with Math (And What Gifts They Bear)

The Miraculous Invention of Basketball 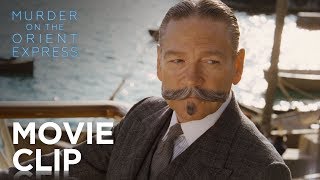 The Power of Sensation in "Murder on the Orient Express"

What explains the success of Apple? And can it continue? 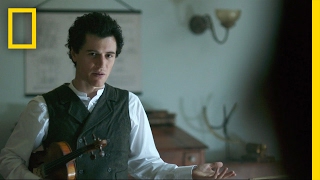 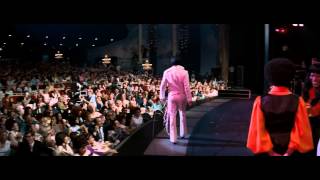 Elvis Presley: The Power of the Archetype of the Lover

Man is most nearly himself, when he achieves the seriousness of a child at play - Heraclitus 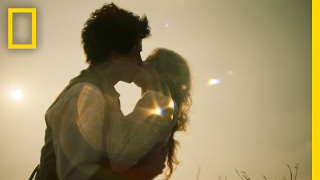 The Power of an Intuitive Scientist

Memorial Day and the Psychology of Abraham Lincoln

Today is Memorial Day. And I would like to use this day to share with you what I believe is the psychological importance of memorializing the ultimate sacrifice women and men made in a time of war.

In the Netherlands, where I was raised, there is the Remembrance of the Dead on May 4th. In cities and villages all over the country, there are small gatherings of people around monuments where two minutes of silence is observed at 8 pm. I do not think I have ever missed one of those gatherings while living there, and they have always made a profound impression on me.

In 1865 11 Confederate states and 23 Union states concluded a war that is estimated to have resulted in between 620,000 and 750,000 casualties, more American casualties than in both World Wars combined.

Abraham Lincoln's Gettysburg Address was delivered in the middle of the American Civil War, on November 19, 1863.

I view the Gettysburg Address as a great achievement of human consciousness. What makes it so powerful, is that it uses transcendent consciousness to give purpose to the heartbreaking, painful death of thousands of soldiers.

Allow me to explain.

In my book The Power of Polarities, I introduce a relatively simple but useful model of human consciousness. It identifies three levels or stages:

​​Abraham Lincoln's Gettysburg Address goes through all these three stages of consciousness and is a great illustration of the importance of each stage.

Lincoln starts with Single Consciousness. For this he refers to the Declaration of Independence 87 years earlier (in 1776):

Four score and seven years ago our fathers brought forth, on this continent, a new nation, conceived in Liberty, and dedicated to the proposition that all men are created equal.

Next, he describes the Dual Consciousness inherent in the terrible conflict of the Civil War:

Now we are engaged in a great civil war, testing whether that nation, or any nation so conceived and so dedicated, can long endure. We are met on a great battlefield of that war. We have come to dedicate a portion of that field, as a final resting place for those who here gave their lives that that nation might live. It is altogether fitting and proper that we should do this.

Then he does something remarkable, something that must have come to him in a flash of insight. Instead of dedicating the cemetery, he appeals to the audience to dedicate themselves to the cemetery, more specifically to the cause for which these soldiers had died. Note how Lincoln uses the words “rather” and “but” to denote Transcendent Consciousness:

But, in a larger sense, we cannot dedicate—we cannot consecrate—we cannot hallow—this ground. The brave men, living and dead, who struggled here, have consecrated it, far above our poor power to add or detract. The world will little note, nor long remember what we say here, but it can never forget what they did here. It is for us the living, rather, to be dedicated here to the unfinished work which they who fought here have thus far so nobly advanced. It is rather for us to be here dedicated to the great task remaining before us—that from these honored dead we take increased devotion to that cause for which they gave the last full measure of devotion—that we here highly resolve that these dead shall not have died in vain.

The result of Transcendent Consciousness is the fourth step, a vision of transformation, of a new birth that this conflict must inevitably lead to:

That this nation, under God, shall have a new birth of freedom—and that government of the people, by the people, for the people, shall not perish from the earth.

It is said that the turning point of the Civil War for the Union was the Battle of Gettysburg, but from a psychological perspective, I believe it was Abraham Lincoln’s speech that made the difference.

It must have been an inspirational motivation for the Union Army: from that moment on they knew what they were fighting for.

This is the power of human consciousness and it has the ability to harmonize polarities instead of polarizing them. And from that new life emerges. The psychology of Dual Consciousness does not have to lead to war, but it does when we refuse to accept the struggle and hard work towards the next level of consciousness.

The power of human consciousness has the ability to harmonize polarities instead of polarizing them.

We live in a time of Dual Consciousness, and that is a good reason, I believe, to remember the cost of war and the value of peace earned by working through our differences and transcending them.

When I work with teams that are struggling to make it and overcome their differences, I ask them "What is your Gettysburg Address?" Every team needs one, and if they want to, every team can find one.

When I work with teams that are struggling to make it and overcome their differences, I ask them "What is your Gettysburg Address?". Every team needs one, and if they want to, every team finds one.